Alahiné encompasses an area of 64km2. A soil program was successful in delineating broad zones of gold anomalism along the eastern side of the licence and a significant number of single and multiple-station highly anomalous sites across the licence. 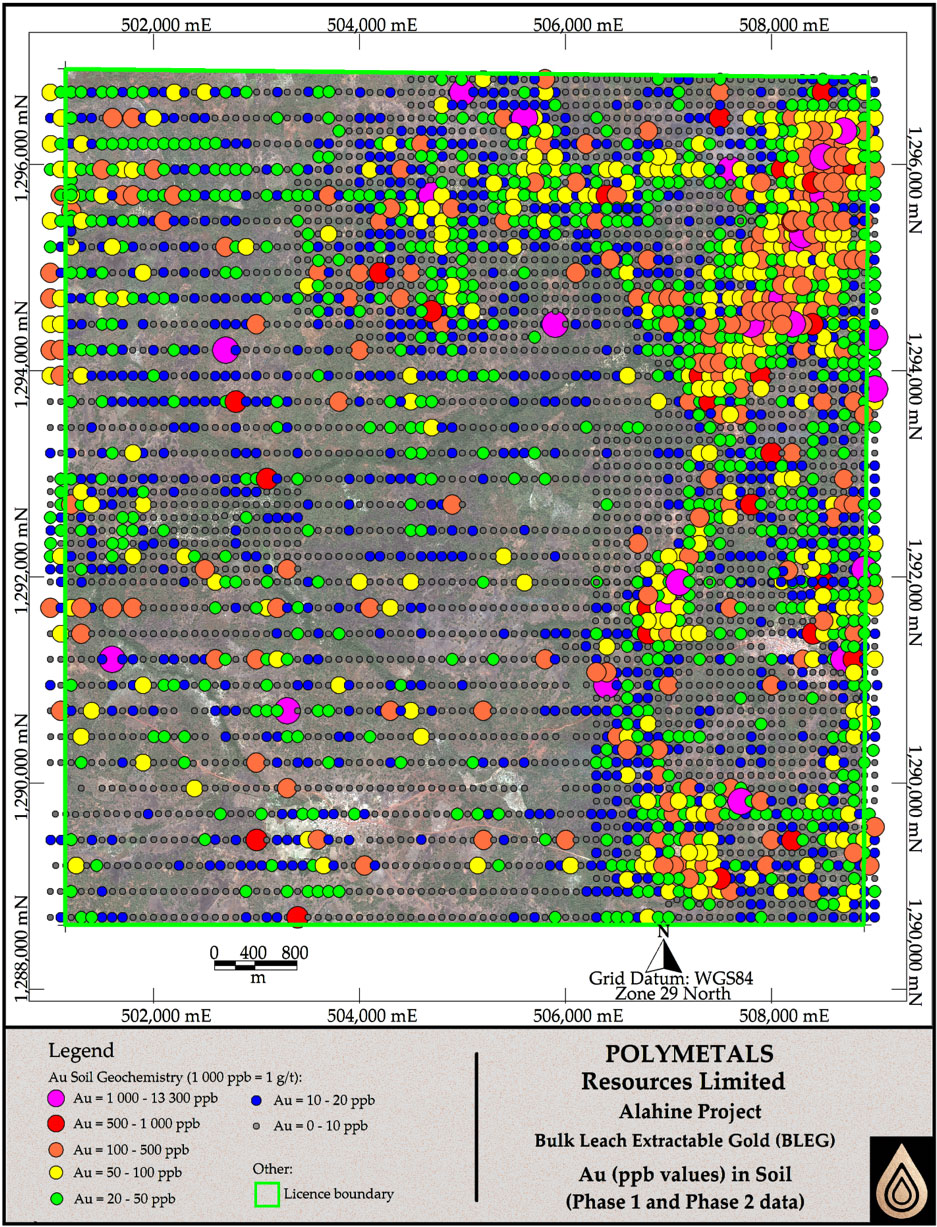 Figure 1: Summary of merged Phase 1 and Phase 2 gold BLEG soil results overlain on satellite imagery of the Alahiné Licence. The licence is 8km x 8 km in size. Data points have been enlarged to build a solid colour pattern to better highlight distribution of values. Gold values greater than 50 ppb are considered significant particularly where there is an associated cluster of 20-50 ppb values. (Source: POL Prospectus Annexure B: Independent Geologist’s Report)

As defined by soil sampling during 2018 and 2019, there are three areas with significant gold anomalism extending over a length of approximately 8km. Additionally, 12 single station anomalies with >1000 parts per billion (ppb) gold and eight anomalies with 500 to 1000ppb gold elsewhere in the licence must be investigated further. The very high gold values (>1000ppb) are not the result of contamination from artisanal activities. All soil samples were collected from depths of 200 to 300mm beneath the ground surface are an accurate reflection of the natural abundance of gold in the soil at a given sample location.

There are also substantial areas of lateritic cover which may conceal zones of structurally hosted vein mineralisation and supergene enriched or basal laterite hosted gold, in which investigation works will follow.

The Phase 2 drilling program completed in August 2021 focussed on: 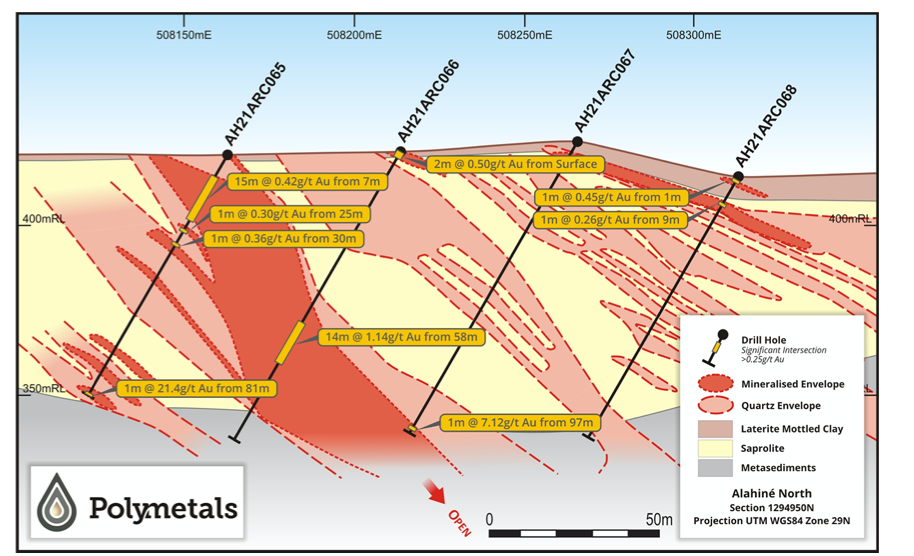 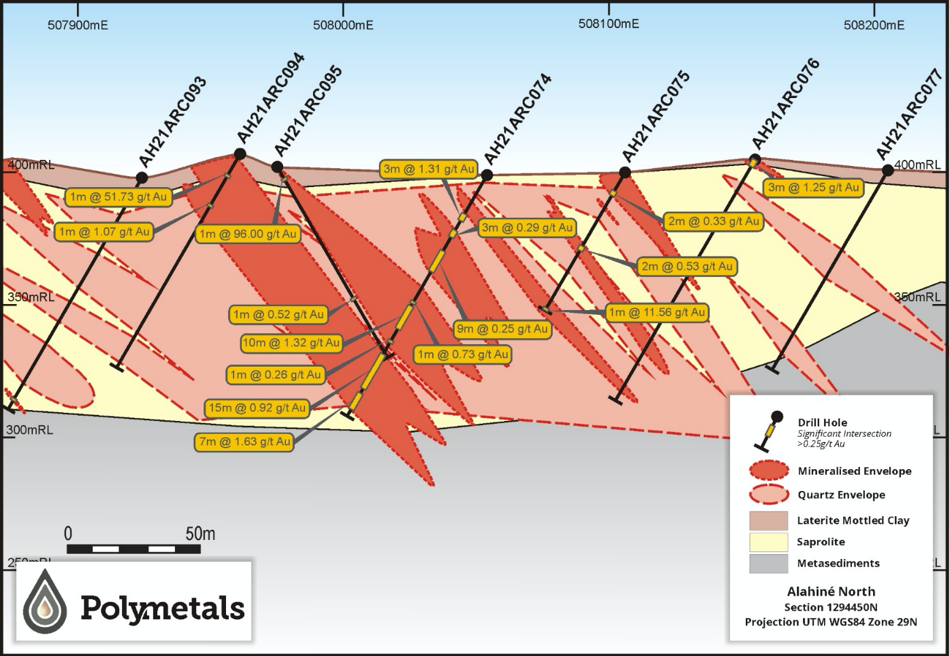 Very similar geology has been encountered over the strike length tested. Deep but variable weathering ranging from 50 to 100m vertical depth has been encountered. The nature of the lateritic profile is unclear at present, but appears to comprise auriferous lateritic gravels overlying a well-developed mottled zone which gives way to intensely bleached saprolite, saprock then fresh rock.

The supergene gold content of the near surface lateritic gravels is variable, but values of 1m at 51.73 g/t in hole AH21ARC094 and 1m at 96.00 g/t in hole AH21ARC095 are significant. With a strike length in excess of 4km and with drill traverses spaced at 500m intervals, numerous anomalous responses remain untested. 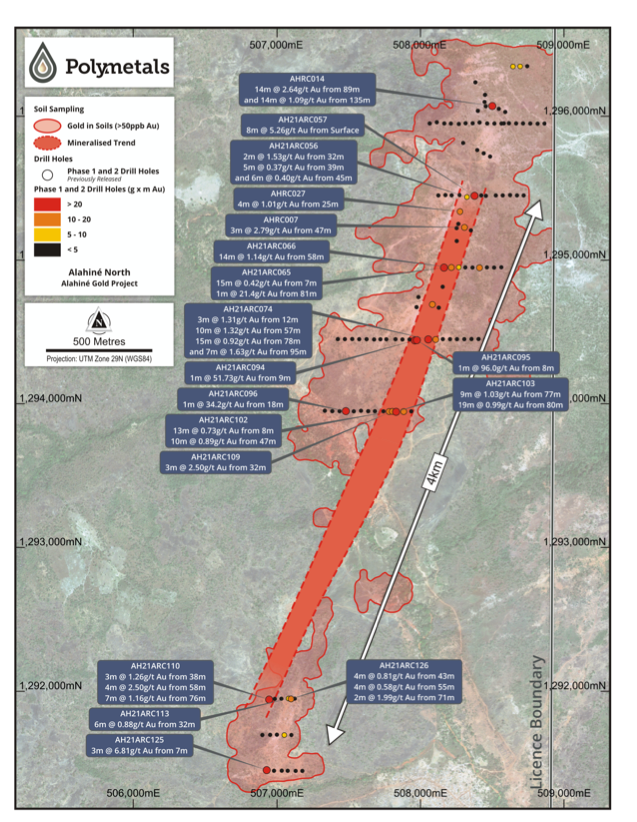 An 8,619m auger drilling program designed to extend the gold potential defined in Phase 2, and to test undrilled targets that display >100ppb gold in soils within the licence was completed in February 2022. Auger results have outlined three (3) new NNE mineralised trends which provide justification for further testing and will be prioritised alongside existing targets in the Phase 3 drilling program. Composite saprolite samples (length typically 4m) collected beneath the lateritic cover have returned peak grades of 3.58 g/t Au and 0.93 g/t Au. This provides significant encouragement for bedrock gold potential. 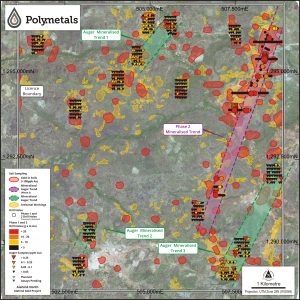 The Phase 3 program is forecast to commence in June 2022. It is focussed on numerous targets generated at depth during the Phase 2 drilling program, as well as anomalous zones identified by the auger program and geological mapping.

An aeromagnetic survey conducted by AeroPhysX commenced at Alahiné during April 2022 and was undertaken over approximately two weeks.

The survey will provide detailed data to determine the structural controls of mineralisation and information on the nature and disposition of host rocks currently obscured by lateritic cover.

The survey specifications are as follows:

Following interpretation of the results, the survey will be used to identify future drilling targets and assist in designing upcoming exploration campaigns at Alahiné in 2022. 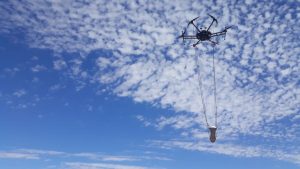